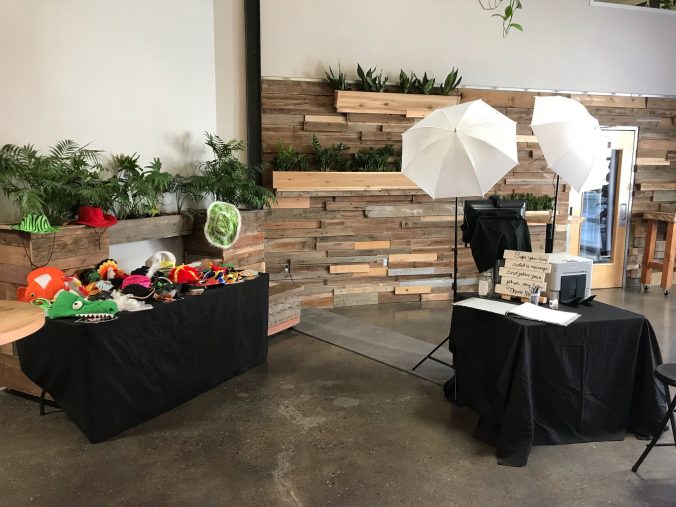 Here is an example of our Open Air Booth

Photo booths are a great way to capture the moment for any occasion, including birthday parties, weddings or class reunions.  When renting a photo booth now-a-days, a major question that comes to mind is what style of photo booth would best fit your event? In the photo booth market, most photo booth vendors will only provide one style of photo booth; while some of the top photo booth companies have several choices. The most popular choices in today’s photo booth industry are Open-Air and Enclosed Booths. Both booth styles are great options, but which one is the perfect style for your event?

PROS:
Privacy- Enclosed booths also allow guests to have privacy when getting their pictures taken. Behind the curtain door, guests tend to loosen up and hosts end up with some wacky and exciting pictures in their memory book.
Set Up- Another great aspect of an enclosed booth is the set up. The printer is set up outside the booth, while people are waiting for their pictures, other guests can be starting another session. This helps to keep the line moving.

On the other hand, Open-Air booths are a more modern and eye catching style of booth. An Open-Air booth consists of an open backdrop with a kiosk containing a camera and screen.

PROS:
Eye Catching- The openness of the booth allows everyone in close radius to witness the action and draw a crowd.
Space- These booths take up less space and people can move around the party a little easier.

Photo booths, in general, are great additions to every event and are very popular among party guests. Whether it is an Enclosed, Open-Air or another style of photo booth at your event, your guests will be flocking to the photo booth and will have awesome keepsakes that will forever remind them of your Picture Perfect event.

Check it out! One of newest style of photo booths now provided by companies are inflatable LED Photo Booth. These larger-designed booths provide the space of an Open-Air booth and has the privacy aspect of an Enclosed booth.