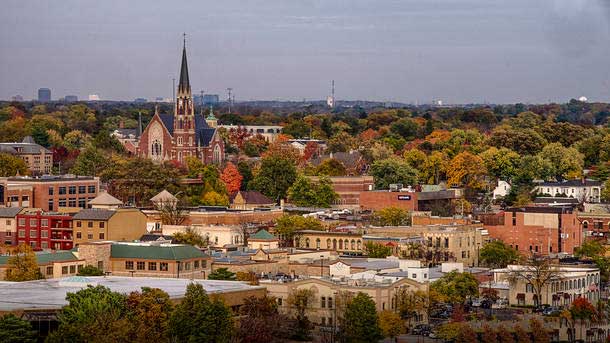 Picture Perfect Is Taking over the City of Naperville

We are excited to be taking the title of Naperville’s premier photo booth rental company. We have proudly served variety of events such as weddings, social events, corporate events, birthday parties, special events etc. Some of our favorite hotspots are NOAH'S Event Venue - Pinot's Palette - Elements at Water Street

Professionalism at an Affordable Cost

Our photo booth Rentals comes bundled with a photo booth attendant, no matter what price or package you sign up for! That means you can rest assured that you photo booth rental in Naperville, Illinois will operate smoothly and become an attraction you wedding or party guests can enjoy!

Only need the photo booth for a few hours? Will no photo booth rental company in Naperville, Illinois give you a low price? Perhaps they require a minimum of 4 hours? Not with Picture Perfect Photobooth Rentals! Even our Naperville Illinois photo booth rentals can be two-hours! Need more? We'll be more than happy to help you book today!

The History of Naperville City

The city was founded in 1831, and after its great development, it was made to be the 5th largest city of Illinois. The city happened to a rural community for most of time period, but it started to experience explosion of population in the era of 1960s, which continued until 1990s.

The city is one of the best attractions for many due to various great facts. A study of assessment was conducted in 2010 for cities with population more than 75,000 people. According to this assessment, the city was ranked as Midwest’s wealthiest city and country’s 11th wealthiest city. The other award was given by Business Insider and USA Today as the safest city of nation. In 2006, Money Magazine declared Naperville as the 2nd best place to live in America. These facts make it a Unique Luv in United States.

Picture Perfect Photobooths LLC is a dedicated team that strives to provide top of the line photo booths at affordable prices. Read Our Story

We believe keeping our clients informed and interested in what we are currently doing; join us on Facebook for contests and news!